As a part of your emergency action steps as a first-aider, you should

Size up the Scene, (also referred to as) CHECK the scene

You should quickly evaluate

•Scene safety (is it even safe for you to approach the victim?)

•How many injured or ill victims (infants and children who are not crying can be overlooked, an injured person may stumble away from the scene and collapse elsewhere – is there someone who can identify who was present?)

•How many other people (trained or not) are there who can help (example: call 911 and/or get equipment such as the first aid kit, AED)

Your quick evaluation of scene safety can include:

Gasoline or unknown liquid on the roadway?

fire, smoke-filled spaces (Only firefighters should approach a burning vehicle, building. Never use an elevator in a building that may be burning.)

confined areas with no ventilation or fresh air,

Electricity: you might need to turn off power / a circuit breaker.

hazardous material (is there a chemical transport tank involved in the accident? Are there signs on a vehicle or railway car?) 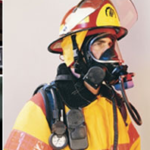 Victim exhibits altered mental status and victim shows behavior or personality changes / mood changes like feeling sad, anxious or listless or becoming easily irritated or angry for little or no reason. Might resist treatment. Mental status deteriorates, moving from disoriented, to irritable, to combative, to a coma

Water does not need to be this deep to get you in trouble: 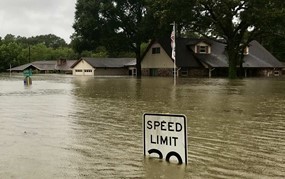 FEMA warns:
“Turn around. Don’t drown. Do not walk, swim, or drive through flood waters. Just six inches of fast-moving water can knock you down, and one foot of moving water can sweep your vehicle away. The depth of water is not always obvious. The road may be washed out under the water, and you could be stranded or trapped.” 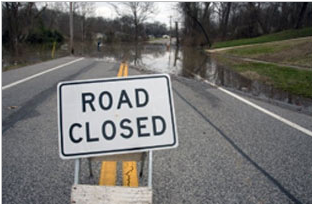 And flood waters can have toxic chemicals in them.

Even a trained lifeguard should not attempt a rescue in a fast-moving river, such upstream of this: 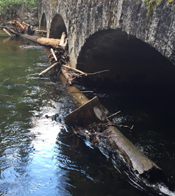 and during a wilderness emergency:

Hypothermia setting in because the victim is no longer hiking (skiing, moving around and creating body heat)

Dehydration will be setting in because you did not bring enough water or a water filter (hmmm, and the victim was already quite dehydrated because of the difficulty of purifying water if you do not bring a water filter)

collapsed or partially collapsed or about-to-collapse structures, floors (after an earthquake, tornado or floods for example) 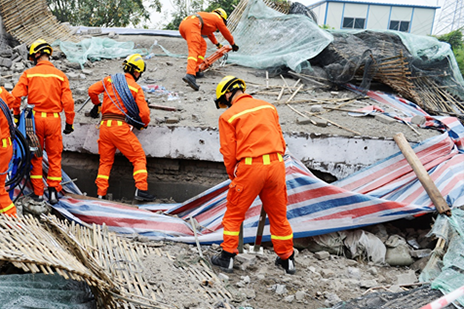 Bears usually stay away from people, but sometimes like to use trails. But if you see a juvenile bear on a trail like this, mom is likely very nearby (and very protective). Stay away! 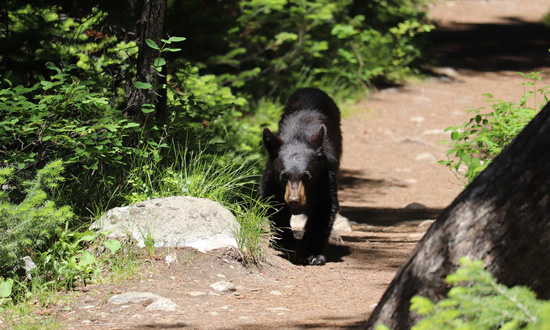 A bear a distance away from you who stands up is not necessarily dangerous.

Bears are often seen in movies and television standing on their two hind legs, growling and looking quite ferocious.

In real life however, black bears stand bipedal when they are trying to get a better look at or smell of something that has peaked their curiosity,

and growling is rarely a sound that you will hear from a black bear.

Denali Park explains why a bear would stand up:

“If a bear stands up and looks at me, is it acting aggressively?

No. Bears stand on their hind legs in order to get a better look or a better whiff of something they are not sure of. If this happens, make it obvious that you are human by waving your arms and speaking loudly. Try to position yourself so that you are upwind and the bear can smell you. Signs that a bear is disturbed by your presence include: woofing, jaw chomping, swaying, laying ears back, and yawning.”

You can read more at: Bears and your safety in grizzly bear country