Lifeguards trained at De Anza College have volunteered at the Silicon Valley Kids Triathlon since 2004.

Every ten minutes another ‘wave’ (small group start) of swimmers climbed in the pool, listened to the announcer and crowd count down the five, four, three, two, one, and completed their swim.

And every ten minutes a new group of very loudly cheering parents/relatives/friends filled the bleachers.

(The announcers gave regular shout-outs to the ‘De Anza lifeguards’ to let the crowds know who was volunteering.) 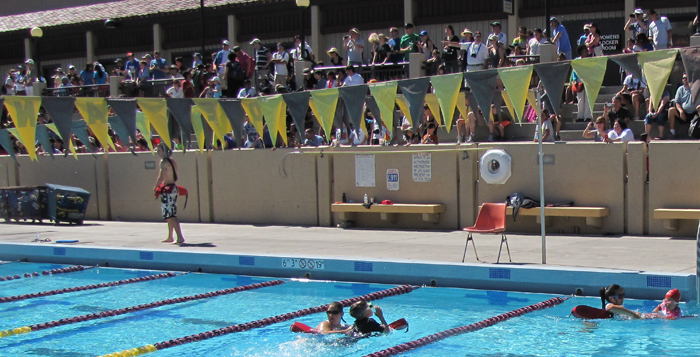 In some cases the lifeguards enter the water to swim with kids who look like they are on the verge of needing help, or to assist a struggling swimmer.

In this picture we see a young man with a faulty facemask who could not continue swimming and grabbed a lane line: 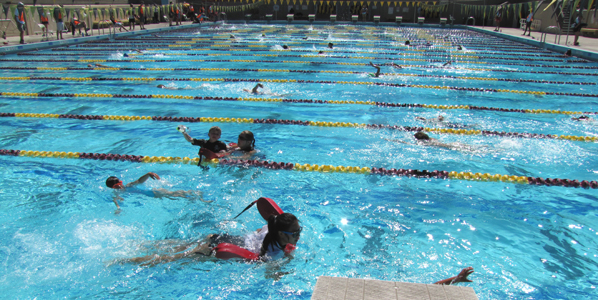 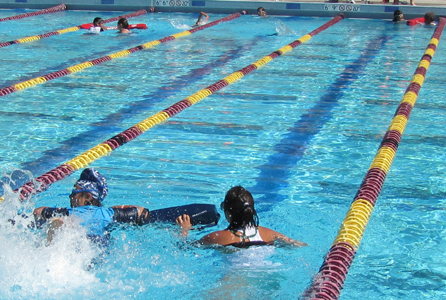 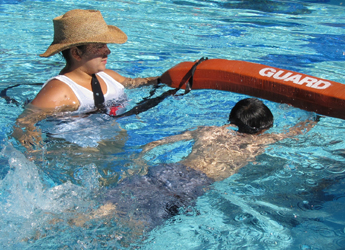 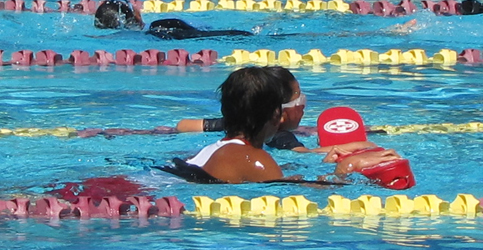 Almost all the lifeguards and other De Anza volunteers were in the water for the entire swim of the
the four youngest ‘waves’ (small group starts) of swimmers (6 years old and under, who swam 25 yards, all the way across the width of the De Anza pool, then rode their bikes for one mile and ran 1/4 mile). 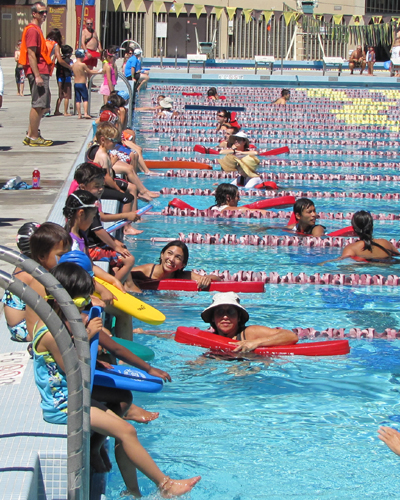 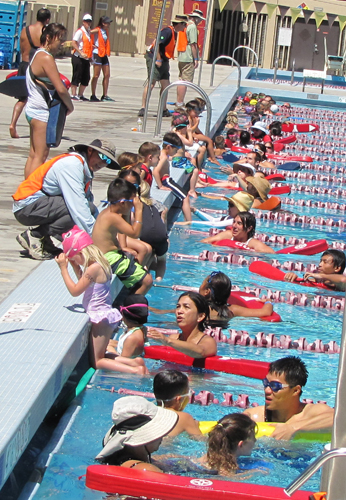 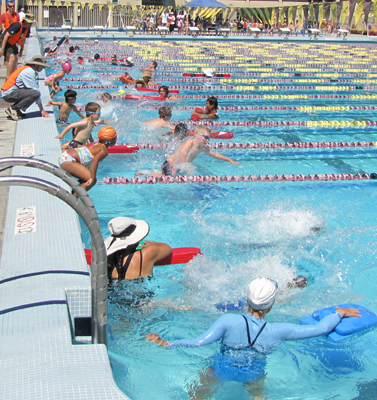 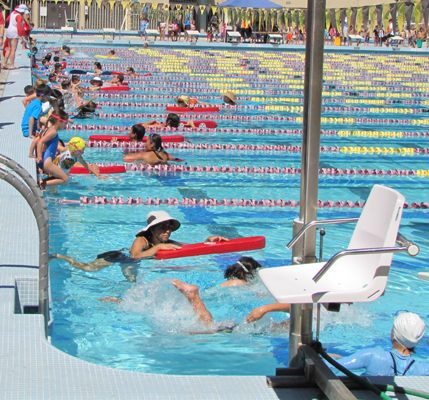 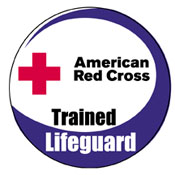 Lifeguards/escort swimmers for the race included:

The race is a fundraiser for the Silicon Valley Children’s Fund.

Six of the volunteers from the De Anza student body originally were adults afraid of the water who entered the De Anza College swim class for adult non-swimmers: Novice swimming.