The next time you are in a grocery take a good look around. The shelves only hold so much. Imagine if everyone suddenly realized they needed to stock up on a few weeks’ worth of food, flashlight (electric torch) batteries, toilet paper, baby formula…there would not be enough to go around.

Missing the experience of being among the people trying (and failing) to buy what they need at the last moment is just one of the reasons to get ready now for a potential pandemic flu (and a severe winter storm/earthquake/tornado/hurricane/rolling blackout…).

KEEP THE PRESCRIPTIONS REFILLED. You might not be able to get refills for days after a earthquake power outage or a coronavirus outbreak when people are asked to sequester at home.

Get your yearly flu shot so you don’t risk having both the seasonal flu and a pandemic type at once. If you don’t get the yearly flu you won’t risk taking up space in a hospital and taking up the time of health care workers.

Wash your paws! “Wash your hands frequently, said Dr. Trish Perl, an infectious disease specialist at the University of Texas Southwestern Medical Center . . .During the SARS epidemic — also caused by a coronavirus, but one that was much deadlier — hand-washing reduced the risk of transmission by 30 to 50 percent.”

Scientists were worried that the bird virus (avian flu) might develop into the next human pandemic. Of the first 18 cases in humans of H5N1 virus in 1997 in Hong Kong, 6 were fatal. In 2003 China reported its 20th human case. The Republic of Korea found it in poultry in 2004 and Thailand had cases at a zoo in two tigers and two leopards fed chicken. Viet Nam reported it in poultry in early 2004. Summer of 2005 Siberia had a infection in poultry and wild birds. Some of those wild birds wintered in Nigeria, which had outbreaks in February 2006. In 2006, Azerbaijan teenagers who removed feathers from wild birds became infected. May 2007 found four people in the United Kingdom infected with A/H7N2 virus. July 2007 found wild swans, geese, grebe and coots and a domestic goose dying in Germany.

In January 2009 the World Health Organization (WHO) reported a total of 403 known human cases of the H5N1 avain influenza, resulting in 254 deaths. In Dec. 2011 WHO reported a total of 573 cases with 336 deaths. There is a chance that some countries are not reporting all their cases.

Since wild birds/ducks migrate worldwide H5N1 or a variant could turn up almost anywhere next.

In the book Protecting Your Business in a Pandemic, it is estimated that up to one third of the U.S. population will become ill in a pandemic, costing the U.S. economy up to $675 billion.

Because so many people can become seriously ill at the same time, impacts from a severe pandemic flu could range from school, theatre, library and business closings to the interruption of services we are dependent on, such as public transportation and food delivery. Public events and gatherings (such as sports games, church services) will be cancelled.

No you can’t get the bird flu or H1N1 flu from eating pork or chicken, these viruses are not spread by food.

The lifespan of flu virus droplets on a porous, absorbent surface is 12 hours and on non-porous surface is 24 to 48 hours. The CDC reports that the flu virus can infect a person for 2 to 8 hours after being deposited on a object (like a doorknob, computer mouse, TV remote, telephone, keyboard, pen) you touch and then touch your own mouth, nose, eyes, etc.

People who get a virus can pass it on to others before have symptoms themselves. Some people may be contagious for over a week, others less time.

The U.S.Department of Health and Human Services recommends having at least two weeks of food, water and medications (pain relievers, fever reducers, anti-diarrhea, cough and cold meds) at home. Other sources say a month supply is the minimum.

The state of Nebraska was a winner of the prestigious National Public Health Information Coalition’s excellence in public health communication award for its info on pandemic flu.

· There are steps you can take to protect yourself and your family.

The threat of pandemic flu is real. This is something that would affect your family, your community and your business…this isn’t only a government effort; it’s a community effort and a personal effort. Everyone needs to take part in preparedness planning. If pandemic flu comes to the U.S., if there’s vaccine, there won’t be enough for everyone.”

http://www.pandemicflu.gov/individualfamily/checklist.html has a list for an extended stay at home and the basic advice to “teach your children to wash hands frequently with soap and water, and model the correct behavior.”

http://www.cdc.gov/flu/avianflu is the main Centers for Disease Control webpage

CDC resources are at http://www.cdc.gov/flu/pandemic-resources/

http://www.pandemicflu.gov/season_or_pandemic.html answers the question: How does seasonal flu differ from pandemic flu?

At flu.gov we read:

1.1.3. The clinical disease attack rate will likely be 30% or higher in the overall population during the pandemic. Illness rates will be highest among school-aged children (about 40%) and decline with age. Among working adults, an average of 20% will become ill during a community outbreak.

1.1.11. Multiple waves (periods during which community outbreaks occur across the country) of illness could occur with each wave lasting 2-3 months. Historically, the largest waves have occurred in the fall and winter, but the seasonality of a pandemic cannot be predicted with certainty.

When you prepare for a pandemic flu you are also starting to prepare for the next big earthquake.

A family (and babysitters, caregivers, overnight guests) disaster plan is at: 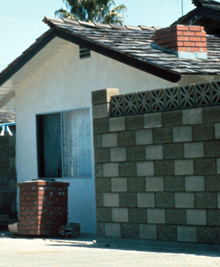 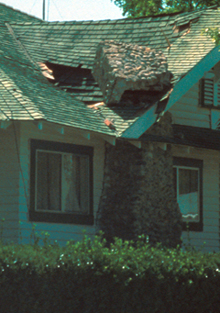