In September, 2003, the De Anza College Outdoor Club volunteered for the fourth year at the Escape from Alcatraz Sharkfest swim race from Alcatraz to Aquatic Park, San Francisco.

Once again, we did not see any sharks, but we did see a few seals swimming and diving at the outside edge of the swimmers.

The swimmers ride ferries to Alcatraz. Then they jump off and swim to a starting line formed by the kayakers who will watch them, help people who get too cold and try to keep the swimmers on course. 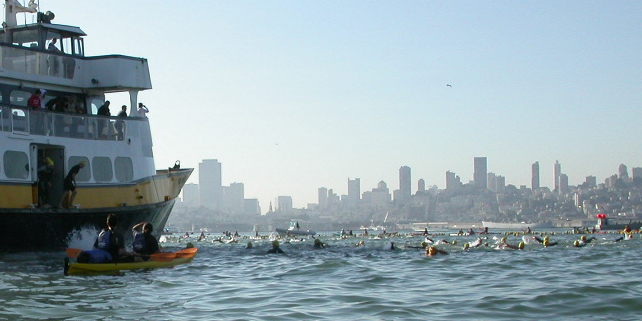 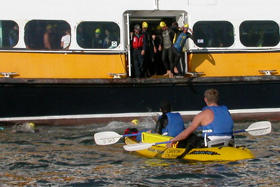 At the lead is a boat with three huge red buoys for swimmers to sight on.

Swimming with a balloon tied to you can do many things:

– make it easier for your spouse to keep you in sight

– create drag and slow you down 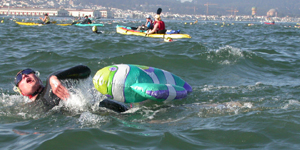 Group photo below by Arya Goudarzi.

De Anza College trained lifeguards for the 2003 race were
(left to right): 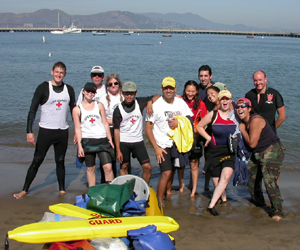 Escape from Alcatraz ‘Sharkfest’ swim volunteering has details about the event.

You might also want to read Tips for guarding open water swims .