Almost a thousand kids competed in the 10th annual Silicon Valley Kids’ Triathlon, held at De Anza College, May 31, 2009. The first waves of swimmers at 8 a.m. were the elite group who have all competed in at least three prior youth triathlons, followed by ages 13-15 & 11-12 who swam 200 yards. The age group with the largest number of athletes was ages 9-10, over 300 children, swimming 100 yards each. 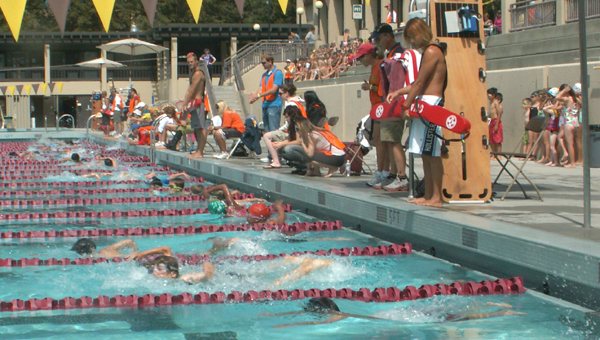 The last waves were the age 6 and under set (over 100 kids), who swam 25 yards, and at that point the lifeguards (all trained at De Anza in PE28A) were in the water in each lane to swim with them. 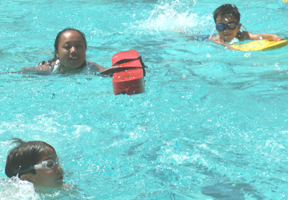 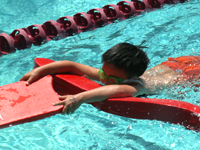 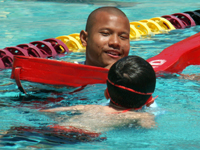 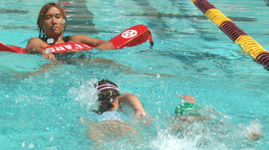 This race is a fundraiser for the Silicon Valley Children’s Fund, a non-profit that benefits foster children with scholarships, counseling and a housing facility. Over $100,000 has been raised.