First sightings of animals are usually bison on the main highway into the park, or in this case, horses and bison grazing together: 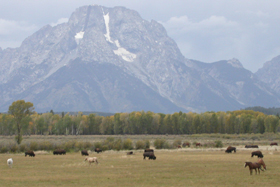 We launched to canoe on Oxbow Bend on the Snake River near sunrise with mist still on the water. 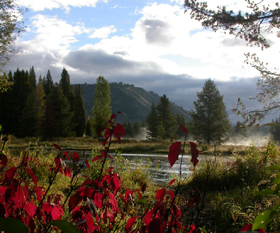 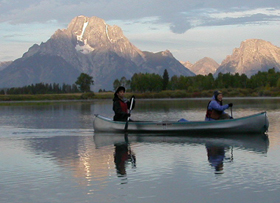 Out on Oxbow Bend we saw a Bald Eagle on shore:

Without binoculars we could see otters climbing up the shore around the Eagle (look at shore edge to the left of the Eagle in the picture below). I thought, I bet he’s got a fish. Shortly the otters stole the fish from the eagle and he flew to a snag on another island across the water. 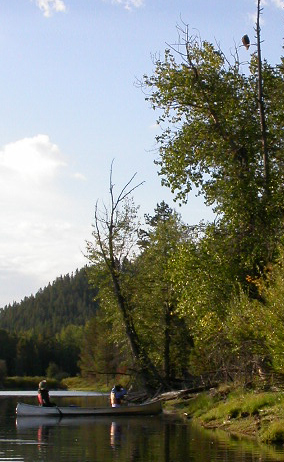 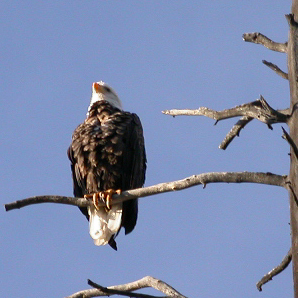 The otters swam around and ate the fish. 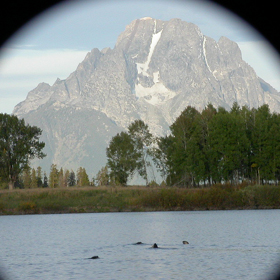 I saw a few cars stopped along the main road and people clustered looking out on the water. I looked with binoculars to see if they had spotted wildlife we had not, but it turned out they were watching us to see what we had found.

Awhile after sunrise, when the light is at the right angle, the Lady’s Thumb Knotweed blooming at the surface looks like a pink mist floating on the water. 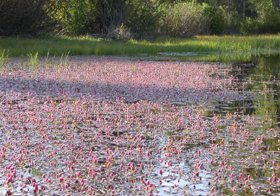 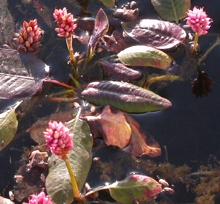 As we canoed back into the islands of Oxbow Bend we watched a coyote looking for breakfast along the shore.

Then we rounded another bend and were able to watch a young male moose browse. 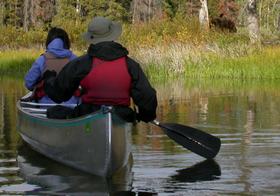 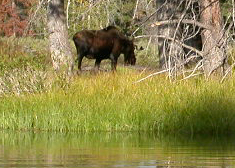 Another day, at Christian pond, we saw Trumpeter Swans and a mom moose and calf. 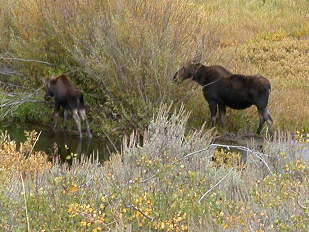 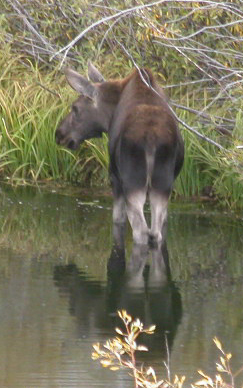 In a hike up Cascade canyon, two of the group, and a number of other hikers, only saw the huge antlers of a napping moose. Some of the other hikers said they had been waiting an hour or more hoping he would stand up, as this was the first moose they had seen on their trip. 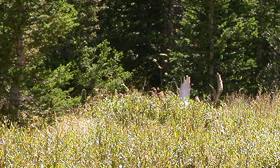 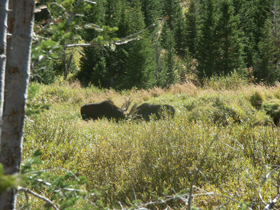 Pika Pikas are only 8 inches long. 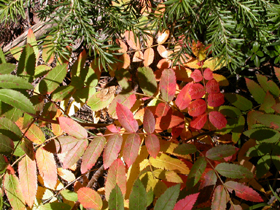 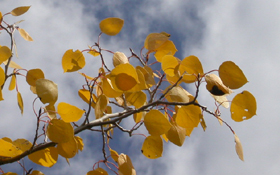 We had sunny, relatively warm weather most of the days, but rain woke us up at around midnight for two nights at the end. This mini-storm left snow on the top fourth of the peaks. 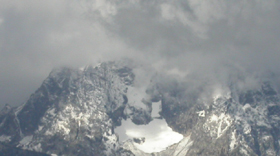 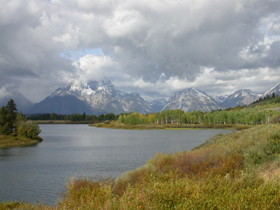 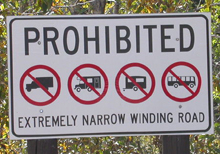 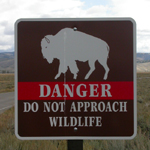 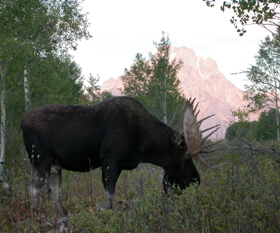 Details about the next De Anza College Outdoor Club trip to the Grand Tetons start at: Grand Tetons