Alan Ahlstrand, editorial director, powersports for Haynes Manuals, has always worked at a home office. He began writing (over 100) automobile, truck and powersports repair manuals in college and then was a project editor for four Ortho home improvement books and coauthor / editor of six Harper Collins / Chek-Chart automotive series textbooks.

Below: his home office after the 1989 Loma Prieta earthquake 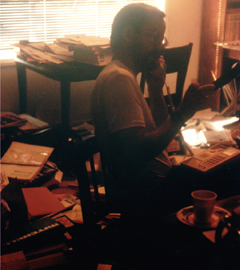 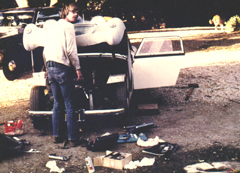 The fourth and fifth grade regional spelling bee winner (owner of nine spelling ribbons, yet his wife only has one blue ribbon from Girl Scouts in Morse Code and a ribbon from a Junior High science fair project) 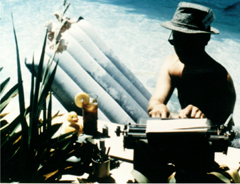 All Haynes books are based on a complete teardown and rebuild. In the picture below writers Alan Ahlstrand and Kal Lahue examine archeological engine oil from a Chevy truck. 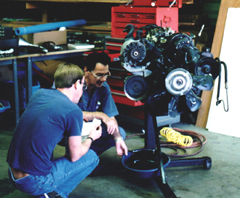 If you search at Amazon.com for Alan Ahlstrand as author you will usually find at least 100 current titles in print. At the Library of Congress you will find over 350 he wrote, edited or collaborated on.

The fame, the glory, the greasy, grimeeeey gears of a Pinto countershaft: 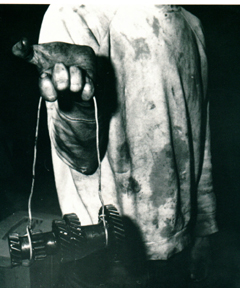 By 2005, (this photo is February 2006 at a trade show in Indianapolis), he had moved up to using a lap top for some of his writing. 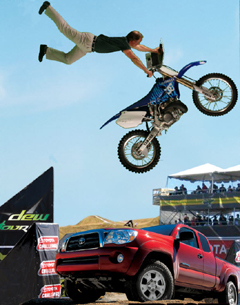 Alan works at various offices away from home, (wherever he can find free Wi-Fi),

multi-tasking in a laundromat in Grand Teton National park, (as a volunteer with the De Anza College Outdoor Club yearly trip) 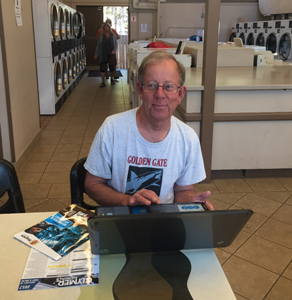 or in the lobby of Jackson Lake Lodge (with his administrative assistant standing by at the left). 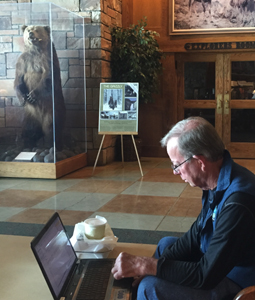 Alan is a Red Cross lifeguard and lifeguard instructor. He has been a lifeguard at 52 triathlons or open water swims and Volunteer of Record helping with De Anza College classes since 1988.

Below a photo from the San Jose Bud Light U.S. Triathlon Series at Calero reservoir, June 10, 1990.

and Alan is in the back row, third from the left in this group photo of De Anza College lifeguard training graduates, other volunteers and a couple of De Anza students and staff ready to swim at the 2005 Escape from Alcatraz Sharkfest swim race: 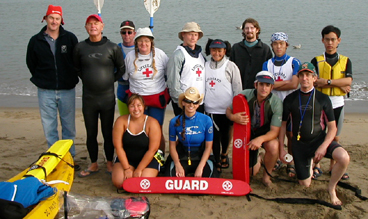 Alcatraz group photos has all the group pictures of De Anza College volunteers at this swim race.

Golden Gate Sharkfest July 22, 2018, has pictures of volunteers kayaking under the Golden Gate Bridge in San Francisco Bay, another race Alan Ahlstrand volunteered as a lifeguard at. 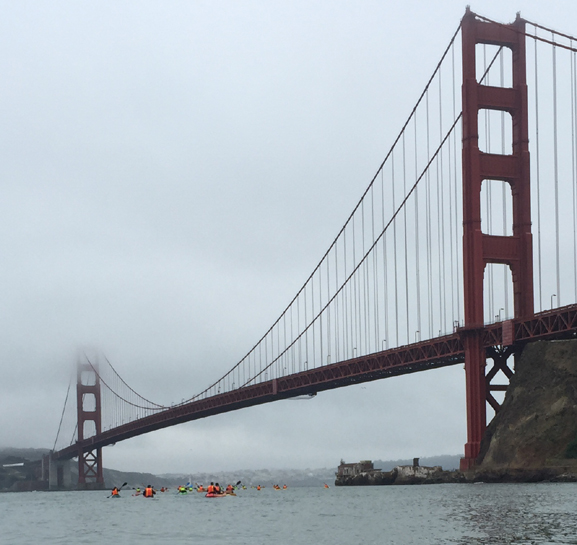 And here, at a Silicon Valley Kid’s Triathlon, one child needed closer watching.
(If a race allows such devices, any child holding a kickboard or trying to use a noodle for support is probably not a great swimmer.)

In 2003 he became a volunteer trainer (instructor) for Campbell CERT, primarily in Disaster Medicine.

He was given a “2004 Volunteer of the Year” award for CERT work in Campbell from the Santa Clara County Emergency Managers’ Association.

In 2005 he earned a FCC element 2 technician class radio license.

He is currently a volunteer with Cupertino CERT and Cupertino Medical Reserve Corps. (At a first aid station he volunteered at for a Habitat for Humanity fundraiser walk / run the team gave out more chocolate chip cookies than band-aids.)

Alan has been a volunteer with Yosemite National Park on and off for 15+ years, including five years with Preventative Search and Rescue when it was funded in the park.

Alan Ahlstrand docked under sail and didn’t crash the dock . . . 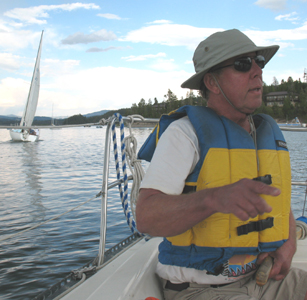 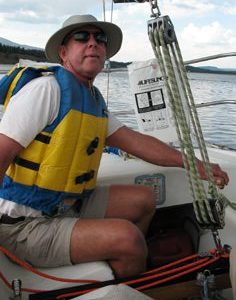 and see the Ultimate Fixer-upper Alan Ahlstrand works on, (scroll down to June 2004)

“A couple of hours after Alan finished getting the new water heater in, the clothes dryer made an awful sound and seized up. Photo below of Alan taking it apart. He found the remains of a ballpoint pen in the fan and about $9 in change on the floor that had snuck through the drum. The new part cost $11.” 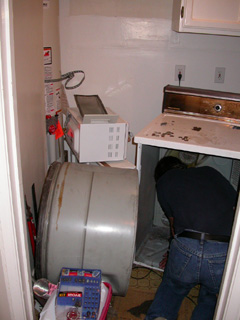 How to tile a kitchen floor. 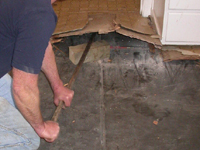 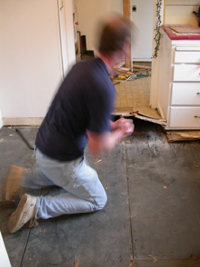