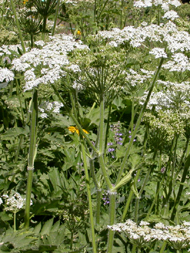 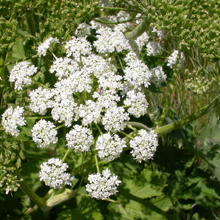 Pussypaws can be found in dry areas like Olmstead Point or the pink ones below from near the top of Mount Hoffman. When it first opens up it is light green, as in this first picture with some lupine, then it becomes pink:

Penstemon growing from a crack in a rock on the Mount Hoffman trail. The hike is at: May Lake to Mount Hoffman 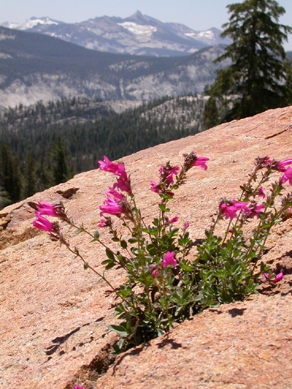 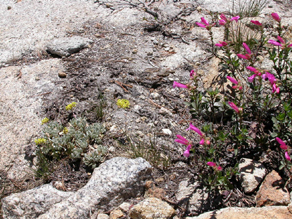 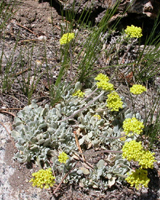 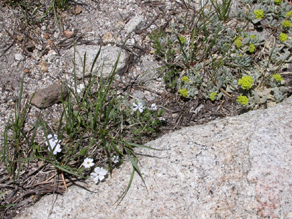 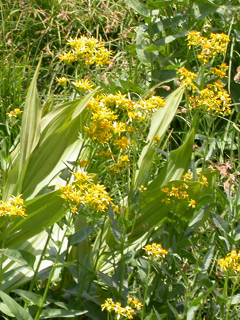 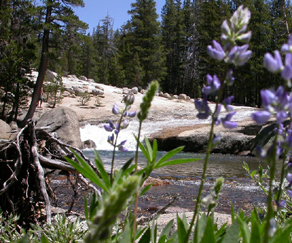 Wild Iris elsewhere along the river: 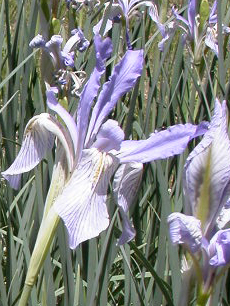 Flowers along the road from Crane Flat to Tuolumne around the time of the summer solstice: 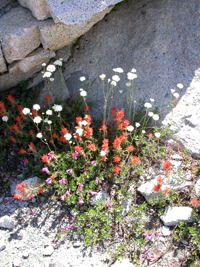 There are a few more wildflower pictures at: Tuolumne trip