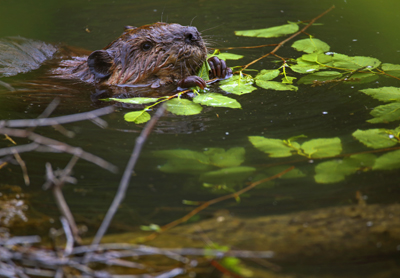 Beavers eat about 2 pounds of bark a day. When they eat the bark off branches they will hold the branch in their forefeet and turn it like humans do when eating a cob of corn.

Cottonwood, aspen and willows are favorites.

They can cut through a 5 inch diameter tree in 5 minutes.

We found this tree on an island in Jackson Lake, Grand Teton National Park.

We could clearly see the pattern of the teeth marks. 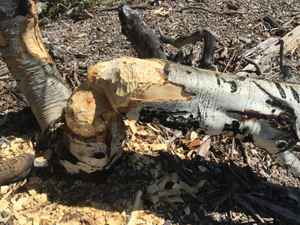 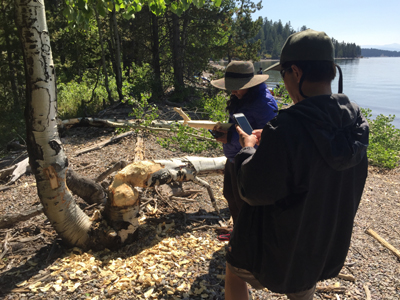 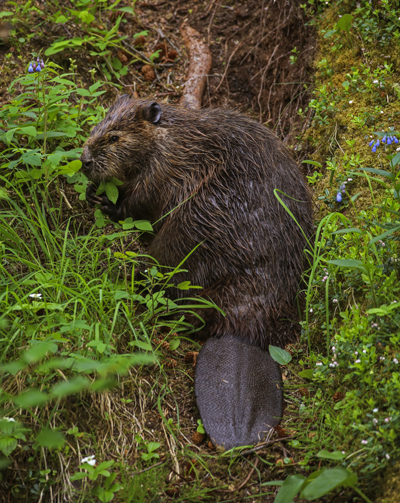 Beavers use their tails as rudders as they swim,
to slap the water when they want to warn other beavers they see something dangerous
(like you, perhaps)
and to help them stand up to reach for and chew branches. NPS photos: 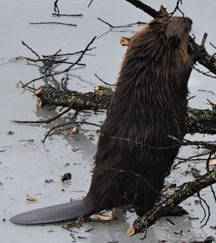 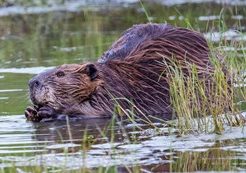 They build their dams first by felling whole trees, then adding mud and rocks at the bottom. Then they fill in with branches, reeds, saplings and mud.
They cut more trees and branches and submerge them for winter food, one end down in the mud in the pond their dam made.
They let a little water out of the dam after ice covers it to allow for breathing.

Below a beaver dam and the pond it created:

and a beaver lodge: 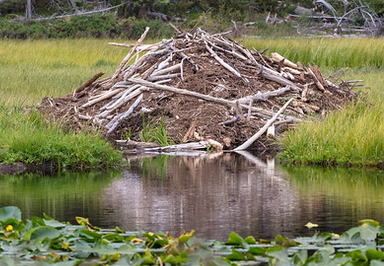 and another beaver lodge at the edge of Oxbow Bend where we often kayak: 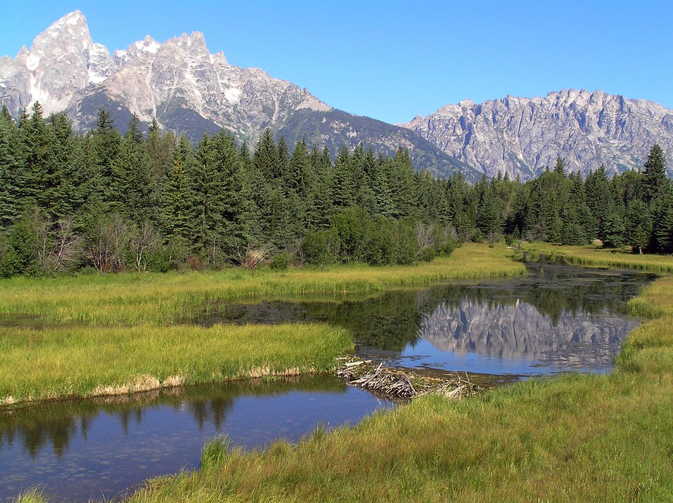 and here a dam with the lodge in the pond created by the dam: 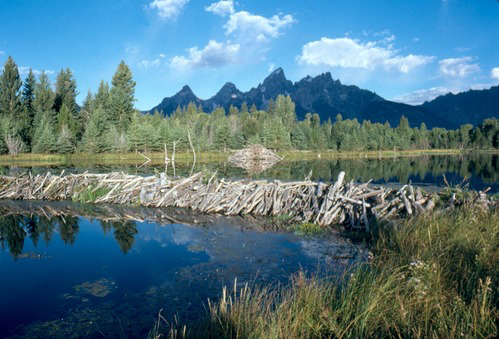 They groom their fur with the two nails on their hindfoot and waterproof the fur with castoreum from a gland.

Can stay submerged for 15 minutes. 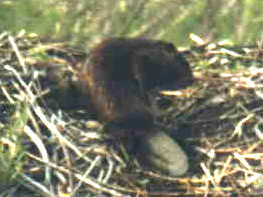 Mom sometimes carries babies on her flat tail or in her forepaws walking upright. The babies (kits) can swim in the lodge entrance within a half hour and are good swimmers within a week.

“Crepuscular: active in evening and morning.

If living on rivers, may build bank dens instead of lodges.

One colony may support 2–14 beavers that are usually related. Six is considered average.

Like wolves, beavers live in family groups, which are called colonies. Fewer than 5% of mammals live organized like this.”

NPS photo of a beaver swimming:

The page includes this:

From a distance it can be hard to tell which small animal you see swimming. But each swims differently.

River otters undulate through the water. One source says when a beaver swims, only his head shows above the water; muskrats show both their head and part of their back. Another source says that muskrats usually swim with their thin tails “snaking in the water behind them or arched out of the water; you never see a beaver’s tail as it swims.”

Adult muskrats are the size of a football, (their body 16-24 inches long, long narrow tail 7-11 inches),

beavers four times as big. (Beavers reach lengths of three to four feet and weights of up to 40 pounds and can live up to 24 years in the wild.).

Otters are 3 to 4 feet long, minks (rarely seen) half that size.

Grand Tetons recommended reading has links to on-line bird and mammal field guides, as well as books to buy or check out from the library before the trip

For actual incidents of injuries from animals, usually caused by approaching them too closely, go to: fatal, near fatal or close call incidents/accidents in camping, backpacking, climbing and mountaineering

Was that a black bear or a grizzly, a coyote or a wolf or a fox we just saw?